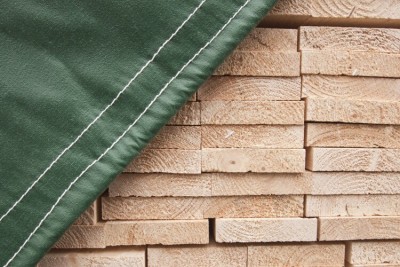 Shortages of timber on UK building sites are well documented but imports of the stuff are running at record levels.

With 1.01m cubic metres of timber entering the UK in June, this brings the total volume of imports to more than six million cubic metres for the first six months of 2021, the highest since 2007.

Timber imports rarely exceeded a million cubic metres a month, the TTF said, but this  barrier was broken five times in the past nine months.

Before this, monthly timber imports had exceeded one million cubic metres just once in the past four years – in January 2019 – which was attributed to Brexit stockpiling.

Import volumes in Q2 2021 were overall 60% higher than the same quarter in 2020 – which was the worst affected months of the first lockdown.

Sweden, Finland, and Latvia have each supplied an additional 300,000 m3, while ‘smaller’ exporters such as Lithuania and Austria have also recorded growth rates of over 200%.

David Hopkins, chief executive of the Timber Trade Federation (TTF), said: “The timber industry has seen a period of unprecedented demand driven by a resurgent construction industry as people invest into the places they have spent the past 18 months – their homes.

“The supply chain has been working hard to satisfy this additional demand, which is expected to continue in the short to medium term according to industry forecasts.

“While some of this demand may ease as pandemic restrictions subside, the demand for timber is likely to remain strong amidst a construction industry seeking to rapidly decarbonise.

“By choosing to build with responsibly sourced timber, architects, engineers and house builders are helping to turn our built environment into a form of carbon capture and storage. There is a significant opportunity for the timber sector to grow into a pillar of the UK’s low-carbon economy.

“The main brake on this growth will come from other factors, particularly labour shortages in areas across the supply chain from logistics to skilled on-site labour, with the CBI warning this could take at least two years to settle down.”