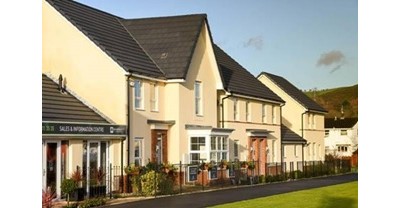 Housebuilder upping use of modern methods despite economic uncertainty

Housebuilder Barratt said it is continuing to target building a quarter of all its homes from modern construction methods, as it reported steady trading to the city.

However, it said it had only opened 26 new sites in the period, compared to 53 in the prior year.

It said that it was now using newly-designed MMC-compatible house types on three quarters of all schemes. It said it was continuing to “develop, trial and implement” MMC, and “aim to use [it] in the construction of 25% of our homes by 2025.”

It said the company’s “strong position” meant it was in a position to weather the current “increased economic and political uncertainty”.

The statement is in contrast to that made by rival Bellway recently, which saw shares tumble as management hinted at falling margins.

Barratt’s MMC drive has so far seen it shun full modular construction in favour of less radical technologies, such as timber frame construction. In May Barratt’s technical director told Housing Today the cost of modular was simply too high for the firm at the current time.