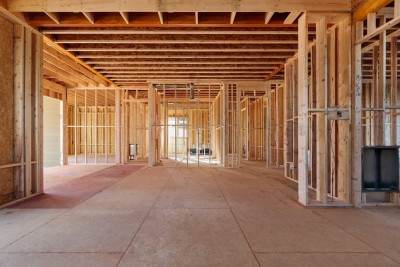 The government is consulting on prohibiting all combustible materials from the external walls of any residential buildings, including hotels, more than 11m tall. Critics claim this would potentially rule out the use of timber frames on high rise buildings. The rule would apply in England and Wales.

In response to the Grenfell tragedy, the government has already introduced a ban on the use of combustible materials in exterior walls of new residential blocks above 18m as well as in care homes, student accommodation and hospitals, a measure announced in the autumn of 2018.

The Architects Climate Action Network (ACAN) argues that timber should be exempt from the ban and is urging individuals to respond to the consultation on the latest proposals before it closes next Monday (13 April).

The group said the government’s proposal would ‘unnecessarily impact the ability to build with timber as the primary structural material’, adding that the organisation was ‘concerned by the implications of this proposed ban on the UK’s ability to mitigate the climate emergency’.

The UK has a legally binding commitment to achieve a net-zero economy by 2050, and timber has much less embodied carbon (the carbon released over its supply chain) than other structural systems such as steel, concrete and masonry. While other materials are made using carbon-emitting processes, timber construction will store carbon which has been taken from the atmosphere for several decades.

ACAN says it ’unreservedly supports stronger measures regarding the safety of buildings’.

However, it has identified three points, taken from the Timber Trade Federation, for people to recommend to government:

The consultation documents can be viewed here.