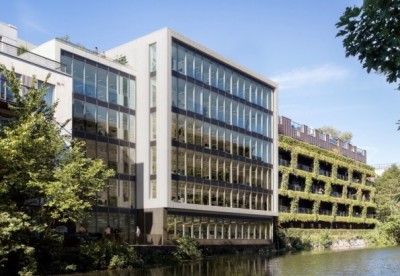 Developer Southern Grove has unveiled plans to build a cross laminate timber office block in the Shoreditch area of London.

The six-storey building will be four to five times lighter than a traditional building, resulting in much smaller foundations and minimising disruption to the neighbouring canal.

Architect Waugh Thistleton was chosen for the £33m scheme because of its experience in CLT design.

Southern Grove plans to allocate around 10% of the office floor area (400 sqm) to 'affordable' office space and the building incorporates a substantial 100-bicycle storage facility on the ground floor.

Tom Slingsby, chief executive of developer Southern Grove, said: "This is a great example of a prime development, sustainably built on an infill site that really makes the most of its surroundings.

"We'll be only the second developer to take advantage of a great opportunity to provide superior office space in an area that is being talked about as the next big thing now central Shoreditch has reached saturation point."