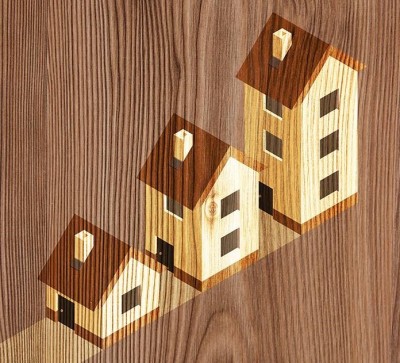 Timber modular construction is the flavour du jour in housing.

After decades of enthusiasts and reports extolling the virtues of offsite construction, the housing industry finally seems to agree that it might make sense. The last 12 months have seen a string of announcements from housebuilders and housing associations who are teaming up with modular timber system suppliers – or even starting their own manufacturing operations.

Though billed as ‘modular timber’, these announcements all related to timber frame, which in Scotland – and on some sites ‘down south’ – would just be classified as normal practice. However, others are pushing the modular format further, going for volumetric solutions. Swan Housing opened its own manufacturing facility in 2017 and has delivered more homes than Legal & General (L&G) Modular Housing, whose volumetric factory opened officially in 2016.

The impetus for this tide of change is two-fold. First, there’s the skills shortages. The CITB’s latest forecast says we need to recruit an average of 33,700 people a year between 2019 and 2023. Second there’s the Thunberg effect: an appetite for more sustainable solutions from both customers and shareholders.

“Our critical challenge is the absolute shortage of construction trades,” says Ian Kelley, chief executive, Partnerships North at Countryside Properties. “Against the backdrop of trying to grow our business through a recession of trades, we wanted to control that by having a more advanced timber frame panel system.”

L&Q operations director Ian Millard describes his company’s plans to use timber frame panels on all its developments outside London as a way of harvesting “low-hanging fruit”, an easy way to take on board modern methods of construction (MMC). “We are getting a lot of encouragement from bodies like Homes England and the GLA [Greater London Authority] to use MMC,” he says.

Inside London, panels would be less viable, says Millard, as developments tend to be dominated by apartments, rather than houses, with bespoke solutions needed for each site.

Countryside Properties’ decision to build its own facility seems rather extreme.  But the developer wanted a “more advanced” system which no one in England could supply, says Kelley.

One of the advances is how the system minimises waste. So, for instance, plasterboard offcuts from one operation are identified and used somewhere else, reducing cost and environmental impact. The panels for a home arrive with the plasterboard required to make joints between storeys and board up the ceilings, so that the plasterboard is delivered straight to where it is needed.

Since March last year Countryside has built panels for 633 houses at its Warrington factory – which has a capacity of around 1,000 homes a year – and has erected 481 of those. Now it is about to start construction of a second, larger and more advanced, facility in Leicester which will supply the group’s three Midlands businesses in a year and a quarter’s time with a capacity of 1,500 homes a year.

“Once you get to 6-12 storeys, it’s cheaper, faster and it annoys the neighbours less because there are fewer lorries and deliveries.” Dave Lomax, Waugh Thistleton  Architects

Countryside’s panels don’t come with services installed and ready to connect, but they do have holes cut for sockets and switches and voids behind the plasterboard through which pipes and cables can be fed.  Kelley reports that trade contractors are saving a day per house on first fix.

Swan Housing Association, which opened its factory in 2017, has supplied 30 homes to its Beechwood Village, with hundreds more to come (see box). It is now working on its second project, 65 affordable apartments in Tower Hamlets, and has a future pipeline of nearly 8,000 homes for projects including Laindon town centre, Purfleet and Queensway in Southend-on-Sea.

Although Swan was an early proponent of cross-laminated timber (CLT), the government’s new post-Grenfell Review regulations – which are frustrating to many CLT advocates – are forcing it to change tack.

“The 2018 ban on combustible materials in buildings over 18m has meant that for future projects we will need to design our modular homes without using CLT in the external walls,” says Geoff Pearce, executive director of regeneration and development, Swan.

“The government are now consulting on widening the ban to relate to buildings above 11m, so we will be responding to that in our future designs.”

L&G Modular Housing – which made so many headlines when it opened its factory back in 2016 – is still honing its approach. L&G is using CLT for houses, but will be using steel frame and precast concrete floors for apartments, CEO Rosie Toogood told CM.

“Because we are going up to five storeys, we believe it’s a better solution, from the point of view of fire, acoustics, thermal properties etc. The important thing is to take an engineering approach, look at what the requirements are and what the most appropriate material is.”

For L&Q regional construction director Martyn Fennell, the role of construction manager or site manager is subtly different on a timber frame site. Rather than a ‘let’s find a way to build this’ mindset, he wants managers to ensure every detail is correct at every stage.

“I want my site managers to challenge that everything is installed correctly,” says Fennell, whose career began as a carpenter 40 years ago. “Don’t accept it if it’s not right. Never compound a problem.”

L&Q’s employees and supply chain members have been visiting Stewart Milne’s facility to learn how the system is designed and manufactured, how it should be installed and what the benefits are for householders. Tolerances are a pertinent issue – the groundworking contractor must deliver foundations to plus or minus 5mm so the sole plate for the timber requires only a little packing.

“Against the backdrop of trying to grow our business through a recession of trades, we wanted to control that by having a more advanced timber frame panel system.” Ian Kelley, Countryside Properties

Logistics-wise, the fact that the frames are coming in on wagons means roads and other infrastructure go in earlier than for a traditional job, says Fennell. That makes the site cleaner, inside and out. There are still trades to manage, albeit fewer.

Kelley reckons that eventually Countryside will be able to reduce its allowances for prelims and waste. “I can go on site now and look in the mini skips and there’s nothing in them,” he says.

For volumetric systems there are fewer logistics challenges, but they may be bigger. “For volumetric construction, you need more laydown space to be able to drop off the modules before they are craned into place,” says Patrick Usborne, director at Perpendicular Architects, which specialises in offsite solutions. “That can be outweighed by the fact that you need less space to put the pieces together.”

It’s a bit early to declare the skills shortage in housing solved. But moving activities into factories could attract different people from those who want to work on a construction site.

“We offer quite a diverse range of jobs,” says L&G’s Toogood. “We recruit people from every form of life, design some of the complexity out of things, and upskill people to do more. We offer fixed shifts, long-term employment in the same place in a nice warm factory environment.” L&G employs “quite a few” women, says Toogood, when asked.

However, all these modular solutions currently require bricklayers and roofers to clad them – although, as Fennell explains, bricklaying is taken off the critical path with a modular system. In time, cladding will be modular too, says Kelley. Already Countryside is moving towards roof cassettes. Brick slips and roof modules will follow, he says.

The challenge is that, to achieve any of these advances, we need volume. And here there are still conflicting issues which have held progress back. We haven’t quite worked out what solution works best where. The good news is that a lot of organisations have invested a lot of money into getting these solutions off the starting blocks. This time, we might just get there.