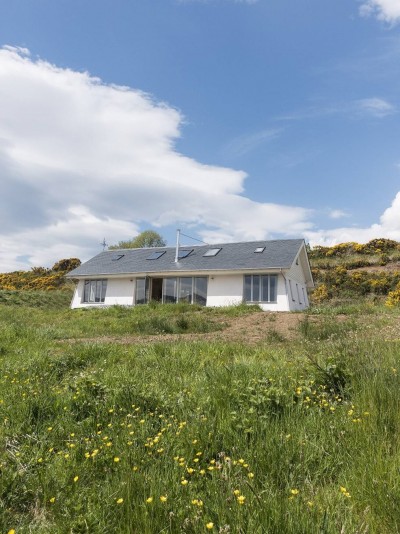 The Structural Timber Awards reward the very best in structural timber construction and BSW Timber is thrilled to announce that project partner, Roderick James Architects (RJA), has been shortlisted in two categories for the 2019 honours.

Shortlisted alongside four other companies in each category, RJA features in the shortlist for ‘Pioneer of the Year’ and ‘Custom & Self-build Project of the Year’.

The R-Affordable House project brought together numerous partners to create a contemporary design, using socially-responsible construction and high-performance building products to deliver an innovative new blueprint for affordable, economical housing.
Initiated and managed by RJA, the scheme saw four ex-offenders employed over a one-year period in the first of what the organisation hopes will lead to many similar projects.

Roderick James, Founding Partner of Roderick James Architects, said:
“The affordable houses we have built with help from BSW have been a great success, both from a constructional viewpoint and as presenting an opportunity to provide employment and training for ex-offenders, we’ve now offered one of the ex-offenders who worked on the project, full time permanent employment.

“Now to receive national recognition for our efforts is both a proud and exciting prospect fitting of the hard work, expertise and creative thinking that made the project such a success.”

Hamish MacLeod, head of public affairs at BSW Timber, adds:
“This project has already demonstrated real value as three of the four ex-offenders we employed have now moved on to full-time roles at external organisations – a direct result of the invaluable experience they gained.

“To receive endorsement of our collaborative efforts via these prestigious award nominations is fantastic. Well done to our partners at RJA and fingers crossed for a well-deserved win in October.”