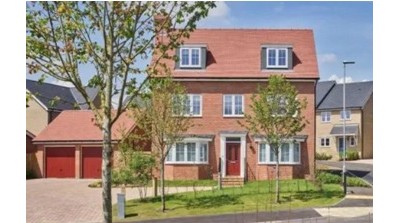 Countryside Properties is to build 1,400 modular homes in the coming year, after its new modular panel factory became operational in March this year.

So far, Countryside's modular panel factory in Warrington has delivered 376 homes in its first six months and Countryside said it was on course for four times that number in 2020.

The factory produces complete structural wall panels from a semi-automated production line. It produces 15 homes per week currently, and is expected to meet its 2020 target with the addition of a second shift. Countryside, which employs 1,800 people, invested in the facility in response to difficulties recruiting enough site labour.

The performance included the first full-year contribution from Westleigh, which Countryside acquired in April 2018.

Meanwhile, the firm said it was tightening up on fire safety, introducing independent third-party certification of its apartments earlier this year.

The company also announced that group chief executive Ian Sutcliffe is due to retire from the business in March next year. He will be succeeded by Iain McPherson, currently head of the group’s partnerships south business on 1 January 2020.

Commenting on the results, Sutcliffe said: “Our balanced business model of Partnerships and Housebuilding divisions has delivered another year of earnings and completion growth, underpinned by a robust operating margin and strong return on capital employed. Our innovative low capital Partnerships business model has continued to deliver sector-leading growth and excellent returns, while our Housebuilding division has delivered a robust performance, with improved returns being delivered from the strategic land bank and continued efficiency.”

The partnerships business delivered over 75% of the group’s completions and just over 50% of its profit during the year, with private for sale housing accounting for 38% of completions.

Sutcliffe added: “We consider the fire safety of our homes to be an absolute priority and ensure that our developments meet all regulations and evolving best practice regarding materials, design and construction detail. We define the fire strategy in line with regulations prior to development, monitor and record progress throughout construction and have added an independent third-party certification of apartment buildings this year.”