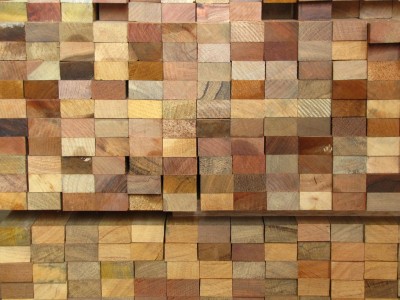 Making buildings out of timber should form an important way of tackling the climate crisis, the first UK-wide citizens’ assembly on climate change has told the government

Climate Assembly UK published its final report today (Thursday 10 September), setting out a detailed plan for how the country can reach its legally binding target of net zero emissions by 2050.

The assembly, established by six Parliamentary select committees and made up of 108 people from all walks of life, called on government to provide ‘strong and clear leadership’ on climate action and avoid political point-scoring.

While many of its recommendations – such as a frequent flyer tax and phasing out polluting SUVs – relate mainly to consumers, it also came to several conclusions about construction and the built environment.

The report, The path to net zero, recommends four different methods of greenhouse gas removal, including ‘using wood in construction’, which was backed by 82 per cent of members. They argued that this was one of the ‘natural’ ways the country could combat CO2 levels and that the related forestry could help prevent flooding and erosion and improve access to nature.

The finding echoes a study by the Royal Society and the Royal Academy of Engineering, commissioned by the government, which argued that avoiding the use of carbon-intensive steel and concrete by building far more with timber would help the UK meet the goals of the Paris climate change agreement.

Chris Stark, the chief executive of the Committee on Climate Change and one of the experts who informed the assembly, told the AJ: ‘This is a really well-trodden way of using timber […] you grow that timber, use it in construction and replace that timber by growing another tree.

‘It becomes a very important and safe way to store carbon for a long time. Eighty-two percent of members liked this method, so it really becomes a question of the support government might offer for promotion of that but also use of building standards to encourage and allow that – there was strong support for that [among the assembly].’

The report’s many other recommendations included:

In response to the report, the chairs of the six select committees which established the assembly have written to the Prime Minister, urging him to ensure that the government acts on the recommendations of Climate Assembly UK by ‘showing leadership at the very highest level of government’ ahead of the UK hosting the global climate summit COP26 in November next year.

Chair of the Business, Energy and Industrial Strategy select committee, Darren Jones MP, said: ‘This is an extremely important contribution to the debate on how the UK reaches our net zero target and I hope it gives impetus to policy-makers to take bold action to reduce our emissions.

‘The range of voices within these pages reflect our population. The fact that assembly members have been able to arrive at clear recommendations whilst respecting each others' values and experiences sets an example for us all.’